Client Portal
Get An Appointment
You are here: Home > Understanding unfair dismissal 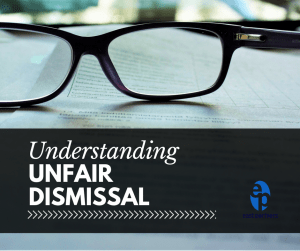 The number of unfair dismissal applications lodged last year suggests that employers are still struggling with unfair dismissal laws.  Around 14,800 unfair dismissal claims were filed in 2015 and while most cases were settled before a formal hearing, they do create an unproductive distraction for employers.

For an employee to be covered by the unfair dismissal laws they must be employed for either six months (for most employers) or twelve months (for small business).

An employee’s termination is considered to be unfair if it is “harsh, unjust or unreasonable”. The Fair Work Commission (FWC) considers the following factors when determining whether the termination was unfair;

While the majority of employers understand that there must be a valid reason for the dismissal of an employee, it appears that they fail to realise that a termination can be considered harsh even when a valid reason exists.

Employers must be able to demonstrate that they have taken careful consideration of an individual incident and any surrounding or mitigating circumstances before dismissal.