Client Portal
Get An Appointment
You are here: Home > The Wealthiest People in the World

The Wealthiest People in the World 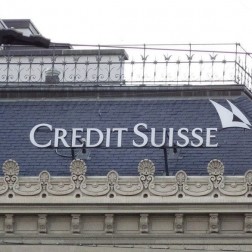 Did you know you are one of the wealthiest people on the planet?

That was the finding of the 2018 Credit Suisse Global Wealth Report. Released in October, the report contains some truly staggering information.

The first is that, on a per capita basis, Australian adults are either the wealthiest or the second wealthiest people on the planet – depending on which measure you use.

However, averages are not always the best way to measure things. This is especially the case in countries with large inequalities in wealth. This is because, to calculate an average, you basically add up everybody’s wealth and then divide this total by the number of people. This means that relatively few people earning a lot of money alters the average. Think about an example of a small sample of five people. Things can go like this: the first four people have $10 each. The fifth person has $960. Altogether, these five people have $1000. The average is $200 – but only one person has this much. Most of the population has much less. Using the average to describe everyone’s wealth is misleading.

As a result, researchers often use an alternative way of measuring per capita wealth. They use the ‘median.’ The median is the middle piece of data in a series. If we return to the same five people as above, ranked from poorest to wealthiest, the wealth goes like this: $10, $10, $10, $10, $960. Now, the median is $10 – it is the middle piece of data from the entire population. When measured using the median, the extremely wealthy person no longer has much influence on the general perception of wealth.

The distribution of median wealth around the world is shown in the following map. Wealthier countries are coloured more darkly. Many thanks to Credit Suisse, from whom we have borrowed this graphic.

Looking at this map you really get a sense of how fortunate we are in Australia. Pretty much from the time of European settlement, Australia became an exporter of raw materials to a world being driven by the Industrial Revolution. It enabled us to become a developed economy almost straight away – and we continue to reap the advantages of that more than 200 years later.

The world is getting wealthier

The report also contains some other really interesting information. During the 2017-2018 year, total global wealth rose by 4.6%. In some ways, this represented the rest of the world ‘catching up’ to Australia, as our wealth only increased by 1.7%. That said, we did much better than the poor old South Americans, whose total wealth declined by more than 5% – having already started well behind Australia, even though the population of South America is vastly greater than ours.

This increase in the world’s wealth is expected to continue over the next five years. The Credit Suisse report estimates total global growth of 26% between now and 2023.

So maybe it’s time we all turned off the news and paused to reflect, especially as this new year dawns. There really has not been a better time to have ever been alive than right now – and no better place to live than Australia, either.

Ramp Up Your Business With Xero

Join us on 3 November 2021 at 12.30pm for our complimentary webinar, Ramp Up Your Business with Xero, where you’ll: