Client Portal
Get An Appointment
You are here: Home > Repaying deductible debt? Here’s a better idea. 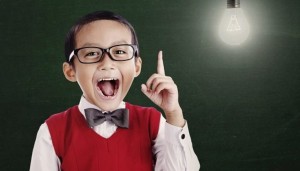 Here’s something you might not expect to hear a financial planner say: maybe repaying your debt is the last thing you should do.

But once you have paid off your non-deductible debt, you should think twice about whether to repay deductible debt. There are a couple of reasons for this.

The first reason is that there is often a better use for your money. Obviously, this will depend on what interest rate you’re actually paying on your deductible debt. But if we assume that that interest rate is as low as possible (which is basically something close to the home loan rate), then repaying the debt might not give you the best return on your money.

Let’s look at an example. Imagine that you are paying 5% interest on a $100,000 loan which was taken out for some deductible purpose. Your annual interest bill is $5000. This money is deductible, meaning that you only have to earn $5000 in order to pay it.

Now let’s say you inherit $100,000. You have two broad choices. The first is to repay your loan. If you do that, you will save yourself $5000 in tax deductible interest each year. That will have the same impact on your cash flow as if you invested the money and earned $5000 of taxable income. As a guaranteed rate of return, this is not bad. (The return is effectively guaranteed because you will definitely not pay interest if you repay your loan).

Your second choice is to use the $100,000 to purchase a further investment. Provided that this investment is expected to earn more than 5% per year, over time you will be better off buying more investment assets than you would be retiring your debt. This is, of course, the whole reason that people borrow to invest: they expect the return on the investment to exceed the cost of borrowing.

That is the first reason why repaying deductible debt might not be your best move. The second reason is slightly more complicated. Whenever you have debt, everything that you spend is effectively borrowed. This is because the money that you used to make the purchase could also have been used to repay the debt.

Put simply, the tax office does not insist that you repay deductible debt before you make a private purchase. As long as the money that you originally borrowed was put to legitimate income generating purpose, you can repay it whenever you want.

To see how this might work, let’s return to our above example. You have a deductible debt of $100,000. And you inherit exactly that much money. One option is to repay the deductible debt. A second option might be to use the $100,000 of cash that you’ve received the pay your personal expenses for the next number of years.

Of course, you might even do something really creative – such as use the money to make personal contributions (or salary sacxrifice) into superannuation.

If you do this for the next four years, then you will save almost $5000 in tax for every one of those years. After four years, and ignoring the fact that you will probably earn income within the super fund, you will be left with $85,000 in the super fund (after tax). Outside of super, you will have an extra $32,500 that you wouldn’t have otherwise had (four years times $8,125).

Remember – when you have debt, it is as if everything you spend is borrowed. In this case, you have basically borrowed to finance your super contributions. Normally, you could not claim a tax deduction for money borrowed for this purpose. But because the borrowing was indirect (in the form of not repaying your deductible loan), that is effectively what you have done.

So, if you have deductible debt and the capacity to pay it off, don’t. Come and talk to us instead. We can help you make sure that you use your money as effectively as possible.

The tax advice component of this article was produced by Dover Financial Advisers, a registered tax (financial) adviser.