Client Portal
Get An Appointment
You are here: Home > Not all debts are the same. Even if the interest rate is.

Not all debts are the same. Even if the interest rate is. 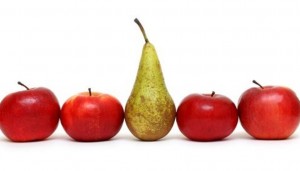 Not all debt is the same. Even if the interest rate is.

One of the main differentiators between debt is whether or not you can claim a deduction for the interest. If interest is not deductible, then the interest rate paid is much higher than you might think.

When interest is not deductible, you have to pay tax before you pay the interest. You can see this with an example: If your nominal interest rate is 5%, and you are a 45% taxpayer (the highest tax bracket), the effective interest rate around 9% before tax. To understand this, consider an interest bill of $5000. A person paying tax at 45% has to earn $9000 in order to pay this bill. Of this $9000, they pay $4050 in tax to the tax office, leaving (virtually) $5000 remaining to pay the interest.

When interest is deductible, you don’t have to pay tax before you pay the interest. So you only have to earn $5000 to pay an interest bill of $5000. Here is the effective rate of interest on non-deductible debt for different levels of income:

Repaying non-deductible debt is usually your best investment. When you make an investment, you have to pay tax on the return. Therefore, investment returns should always be thought of as ‘pre-tax’ rates of return.

As the table above shows, the effective pre-tax interest rate increases as your marginal tax rate increases. An investment return of (say) 7.9% is quite a good return. It becomes even better when that rate of return is assured – as it is when the return is achieved by reducing a definite expense such as interest.

What sort of interest is non-deductible?

Non-deductible interest is interest on any debt taken on for private reasons. The main form of this debt if often a home loan – a loan taken out to buy the home you are living in. Loans for cars, boats, renovations, school fees or anything else that is not used in the course of generating income is non-deductible. Credit cards used for private consumption also lead to non-deductible interest – although you should be repaying the credit card each month and avoiding interest altogether.

What about when debt is deductible?

Deductible debt is a different matter. Deductible debt should only really be repaid if there is nothing ‘better’ to do with your money. Economic theory tells us that the rate of investment return on representative assets should exceed the cost of borrowing over the long term. So, rather than retire deductible debt, it can often make sense to use any ‘excess’ cash flow to fund extra investments.

The tax advice component of this article was produced by Dover Financial Advisers, a registered tax (financial) adviser.

Stay Up To Date With The Latest JobKeeper Changes

Get our regular business accounting updates so that you don't miss any news, deductions or cashflow!