Client Portal
Get An Appointment
You are here: Home > My Everything is Better than your Everything! 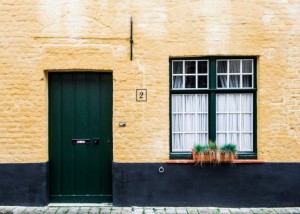 We all know them. People who buy homes because they like the furniture. In fact, the link between furnishings and house prices is so strong that there are professional businesses who rent furniture the people who are selling their house. Good furniture sells houses.

The idea of renting furniture is to encourage people to see themselves living in the house. This gives them a sense of ownership of that house. This, in turn, increases the amount that they are prepared to pay for the property.

For example, many people believe that buying shares in banks is a good move. And history shows that they are correct. But some people will only buy shares in the bank of which they are a customer. They only buy shares in ‘their’ bank. They have a sense of ownership about this bank that can blind them to the potential profits to be made by owning one or more of the other banks.

Even more commonly, investors will become possessive about shares that they have already bought. This can lead them to ‘hang on’ to those companies for too long, to the detriment of their portfolio’s performance. The bias can be even more evident in the property market, especially when people are selling homes that they have lived in. Many people overestimate the market value of their own home – although they would never admit that, deep down, they think that a house is more valuable just because they have lived in it!

The endowment effect can encourage people to either retain assets that they should sell or to pay too much to acquire assets in the first place. To manage the endowment effect, assets must be looked at dispassionately. Imagine the property without the furniture – because you are not buying the furniture anyway. Accept that the home you are selling is only worth what someone else is prepared to pay for it.

And don’t fall in love with your shareholdings.