Client Portal
Get An Appointment
You are here: Home > More on the 2018 Budget & what it means for you… 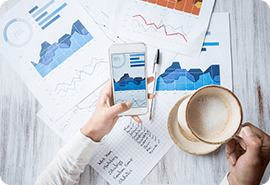 The Federal Budget was handed down last Tuesday, May 8, 2018. While the measures announced in the budget are yet to be passed by Parliament, we can generally assume that most of the announcements will become reality.

From an individual perspective – especially if you do not grow illegal tobacco or participate in the black economy – this year’s budget was actually a bit of a nonevent. For those clients reeling under the complication of the various taxation and superannuation rules that currently exist, this is probably good news. One thing this Budget cannot be accused of is further complicating tax and super.

Last week we gave you the headlines. This week’s article provides a deeper analysis of this year’s Budget and what it might mean for you. Happy reading!

The Budget contains some modest tax cuts. These tax cuts will be rolled out over the next seven years. In summary, the immediate and future changes to taxation present a modest benefit to almost all taxpaying Australians.

While it is not a change, the Medicare levy will stay at the current rate of 2%. We include this here because the levy was scheduled to increase to 2.5% from 1 July 2018.

Businesses will continue to be able to write off asset purchases for assets up to a value of $20,000 in the year of purchase. This capacity was scheduled to end on 30 June 2018. This measure is only available to businesses with a turnover of less than $10 million. In order to access the immediate deduction, the asset needs to be in place and ready for use by 30 June 2019. Assets that cost more than $20,000 can continue to be depreciated at a faster rate than has historically been the case – something else that was initially expected to end on June 30 2018.

The temporary offset outlined above is proposed to last for four years. From 2022/23 onwards, it will be largely replaced by changes to the various tax brackets at which higher rates of tax become payable. For example, under the current system, income below $37,000 is taxed at 19%. Income above $37,000 starts to be taxed at 32.5%. From 2022/23, this threshold will increase to $41,000. Other brackets will be adjusted as well, with the net effect being less tax payable for all income above $37,000.

Being so far in the future, these changes will obviously be subject to future Budgets.

There have also been some modest changes to the superannuation sector.

Under current rules, a self-managed super fund can have no more than four members. This will increase to a maximum of six members from 1 July 2019. Existing funds will be able to expand their membership from that date. New funds can start with any number of members between one and six. Single-member funds will continue to need to use a corporate trustee.

There are also some modest changes to the audit requirement for SMSFs. Funds with up-to-date lodgment records, and who have received a clean bill of health for their last three annual audits, can move to a triennial audit. That is, they can instead undergo one audit each three years.

People with balances below $300,000 will now be exempt from meeting the work test for the first year in which they would not have met that test. In practice, this basically means that people with low balances and who are newly-retired can make a voluntary contribution in the year after they retire.

This is not a huge change, but it will make things a slightly easier for retirees with relatively low balances.

This part of our analysis will of course be completely uninteresting for all of our clients, none of whom would be involved in the ‘black economy.’

One change that may impact (albeit rarely) our business-owning clients is that, from July 1 2019, businesses will not be able to receive cash payments of $10,000 or more. This should make it harder to ‘launder’ money through activities such as gambling.

Illicit tobacco will also be targeted as part of a Government crackdown.