Client Portal
Get An Appointment
You are here: Home > Exchange Traded Funds – what’s the hype? 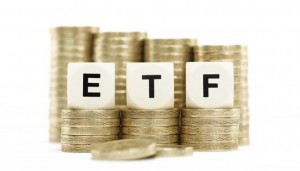 In Australia, the majority of ETF’s are passive in nature. This means that they track some form of index and that their portfolios are constructed in concert with such an index. Traditionally, index fund investors have been attracted by low transaction costs and low holding fees – two particular features of an ETF that have undoubtedly helped explain the increasing popularity of this type of investment.

ETFs are ‘open-end’ investment funds. This means that the fund manager can issue or redeem units at any time in response to investor demand. There is no upper or lower limit to the size of the fund, and an investor can transact directly with the fund manager rather than with another potential shareholder.

One of the defining features of ETF’s is that they typically impose a much lower fee on unit holders. For example, the fee for Vanguard Australian index share ETF is just 0.14% per annum. The fee or the Vanguard Australian index share managed fund can be as high as .75% per annum. Given that these two investment vehicles hold the same underlying assets, the ETF is a much more efficient way of accessing what will be the same before fee return.

For this reason, most ETF’s hold a substantial range of investments. Much of the rise of ETF’s has been an index tracking funds. This makes sense, given that the whole rationale of indexing is to achieve the average returns to be expected from a diversified portfolio with minimal transaction and holding costs. The substantial cost advantage enjoyed by ETF’s makes ETF’s very attractive to passive investors.

As outlined above, ETF’s are subject to the same listing rules as all other listed securities. One of these requirements is that of continuous disclosure. As its name suggests, continuous disclosure requires the listed entity to keep the market informed of all material information that might affect its share price. Obviously, this will include basic information about the fund such as its investment philosophy and underlying investment holdings.

How To Get Paid Every Time  On Time!

The impact of Covid-19 and the lockdowns have made it more important than ever to ensure that you’re still getting paid on time, every time!

On 7 December 2020  at Midday we are hosting a complimentary webinar where you’ll:

We’ll be providing all attendees with a guide and script templates to support you to get paid.