Client Portal
Get An Appointment
You are here: Home > Could you live on $2 a day? 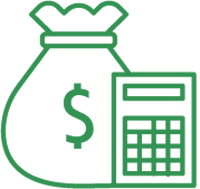 When he first moved to the United States, budding entrepreneur Elon Musk set himself a challenge. The year was 1990 and he was 17 years old. He wanted to see if he could live on one dollar a day. His logic was that if he could live on such a small amount, then he could afford to dedicate his time to building businesses rather than earning money simply to get by. It would not take him long to in the $30 a month he needed in the short-term. Once he had done that, he could forget about being paid straight away and spend his time on longer term thinking.

That a 17-year-old kid would think along these lines probably tells us why Elon Musk is so different from the rest of us! But the rest of us can always learn useful things from such a lateral thinker.

Recently, we came across an attempt to learn from Musk by an American journalist named Kathleen Elkins. Elkins writes for the Business Insider website. Adjusting for inflation, she set herself a target of living for a month on $2 a day. Impressively, she picked a 31-day month, such that her total budget was $62. She also picked January – presumably, she made the decision as a New Year’s resolution and knew enough to act on it immediately.

Elkins had previously tried to live on $4.50 per day, in what she called the ‘foodstamp challenge.’ As that name suggests, she lived on an amount of money equivalent to the value of food stamps that she would receive were she eligible.

Intriguingly, Elkins reported that it was easier to live on two dollars a day than it had been to live on $4.50 per day. Her reasoning was that when your budget is that limited, it forces you to plan. When she describes how she went about her $62 month, the striking thing is how quickly she started to plan for the long term. She did not actually spend two dollars per day – she had a monthly budget of $62 and would often spend $8 or $9 to buy in bulk. She would stop and really consider whether to spend $2.50 on a pound of butter (she did – and reported that every meal thereafter became much tastier, making this some of the best-spent money of the month!)

This emphasis on budgeting is the lesson for us all. If we want to save money, as boring as it sounds, we need to really plan how we going to manage the money we receive. Impulse purchases are terrible when we’re trying to save. It’s just too easy to rationalise why we ‘need’ something that we have never even seen before.

If spending too much money is a problem for you, then why don’t you spend some time with us? We can assist you to create a savings plan that is relevant and easy to get started on. Elon Musk spent just one month living on a dollar a day when he was 17 years old. He is now worth billions. You might not reach his giddy heights, but you will benefit from better planning how to spend the money you do have.