Client Portal
Get An Appointment
You are here: Home > Buy the robots! 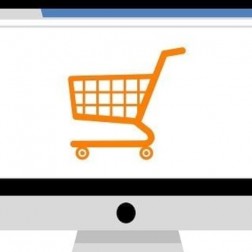 This week, we would like to introduce some basic investment theory. We promise it will be useful!

We all generate our income by contributing to the production of goods and services. There are four ‘factors of production’ that combine together to produce economic output. These factors are land, labour, capital and enterprise.

Land and labour are pretty simple concepts. If a business needs space, then it will buy or rent that space from a landlord. Whoever owns the land achieves a return in the form of rent (or rent saved if the business owns the land itself). If a business needs workers, it will pay wages or salary to people to perform tasks on its behalf. So, the return on land is rent and the return on labour’s wages or salary.

Capital is a different concept. Capital refers to all the assets that a business needs to go about it’s activity. This includes things like plant and machinery, computing equipment, software, et cetera. It also includes money that a business might borrow to finance its activities. The return on capital can come in one of two ways. If capital is lent to a business, then the lender will receive interest on his or her loan. If capital is injected into a business by an owner of that business, then the owner will receive a share of the business profits. So, the return on capital is either interest or profit.

So, people receive different types of return when they contribute one or more factors of production into the economic cycle. Looked at another way, we can see that total economic output is divided amongst owners of the four factors of production. A percentage of total output goes to wage or salary earners, a percentage goes to landowners, a percentage goes to the providers of capital and whatever is left over goes to the entrepreneurs.

So, what has driven the reduction in the share of income going to wage and salary earners? The simple answer is technology. Technology allows a business to do more work without employing more people. To give a simple example: historically, to book on airfare meant either going to a travel agent or phoning an airline and speaking to an operator. These days, increasingly people book their airfares online. The entire transaction is managed by a computer. The airline is still selling tickets, but there are no humans involved anymore. The airline’s income stays the same, but it pays less of that income to its workers.

When you stop to think about it, you can see how this kind of technological change is happening everywhere. What’s more, it’s likely to keep happening in the future.

As the economy continues to change, an increasing share of national income will go to investors. So, if you or your loved ones are currently generating your income from wages or salary, now is the time to use some of that income to acquire investment assets. As the economy moves further towards technology and away from people, this is the simplest way to become an owner of that technology.

If robots are going to take over the world, it makes sense to buy the robots.