Client Portal
Get An Appointment
You are here: Home > Budgetary Policy: It’s all part of the plan 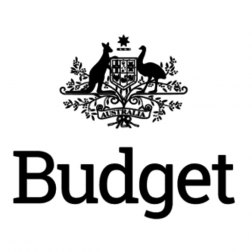 In 2019, the first Tuesday in April is financial planning’s night of nights. (Usually, the big night comes in May, but this year it has been changed as a one-off). That is the night when the Federal Government hands down its proposed budget for the coming financial year and beyond. This year, we have a first-time federal treasurer handing down the budget. That said, much of the heavy lifting of budgetary planning is done by employees of the government’s Treasury Department, so there is a lot of experience at hand.

The Federal Budget is one of the government’s main ways to influence the economy. Like any budget, it focuses on revenue and expenses. Obviously, for governments, revenues are things like taxation, levies, fees and other government charges. Typically, budget night involves changes – major in some years, minor in others – to the government’s revenue base.

Collecting revenue is not the only reason that governments impose things like tax upon certain people and activities. Taxation can also be used as an incentive or disincentive for certain kinds of behaviour. For example, contributions made into superannuation are typically taxed at 15%. This tax rate is lower than most working people earn, giving them an incentive to forego salary or wages and instead contribute more into super. The benefit for the community is that people will have increased the extent to which they have saved for their own retirement. Down the track, this should mean lower Government payments in the form of aged pensions.

The Budget also details the Government’s proposed spending. On the expenditure side, it is even easier to see how the government wants to incentivise certain things. The government spends money to achieve outcomes that it thinks is important.

The other main form of policy available to government is ‘monetary policy.’ Monetary policy basically refers to the way in which the Reserve Bank of Australia targets a particular rate of interest. When interest rates are lower, borrowing (and therefore spending) is encouraged. Everything else being equal, this will stimulate the economy and assist with economic growth. When interest rates are higher, borrowing (and therefore spending) is discouraged. This should restrict the economy, and traditionally has been a way of making sure that inflation does not get out of hand.

So, for politicians, budgetary policy is the most direct way that they can impact on the economy. That is why, when you sit down to watch this year’s budget (as we are sure you will), you will be seeing a government trying to push the economy in a particular direction. If you want to know whether the government wants your vote, you can simply reflect on whether the budget makes you better or worse off. Yes, we know that sounds cynical. But it’s also the way of the world.